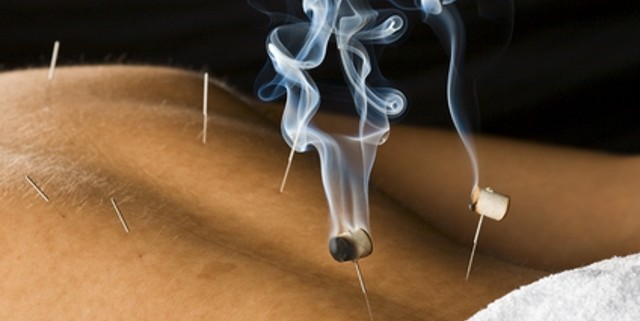 A recent study performed by the Shanghai Institute of Acupuncture & Meridian and the Endoscopy Center of Zhongshan Hospital at Fudan University showed that the combined use of acupuncture and moxibustion (the burning of herbs over specific acupoints) had a significantly positive effect in those suffering from active Crohn’s Disease. The patients in the treatment group showed a statistically significant increase in hemoglobin levels (related to the presence and severity of anemia), a decrease in C-reactive proteins (an inflammation marker) at the end of the treatment cycle as well as an increased quality of life and symptomatic relief.

What is Crohn’s Disease?

According to Western medicine, Crohn’s disease is a chronic gastrointestinal inflammatory disease. It is similar to ulcerative colitis, another inflammatory bowel disease which affects the large intestine & rectum. Unlike ulcerative colitis, Crohn’s disease can occur anywhere in the intestine, and often presents in patches surrounded by healthy tissue. It can also spread to the deeper tissues and can cause intestinal obstructions, ulcers (most often in the lower part of the small intestine, the large intestine, or the rectum), fistulas (hollow passages from one part of the intestine to another), and anal fissures (a crack in the anus or the skin around the anus that can lead to infection).

The exact cause is still unclear, but a faulty immune system response is one theory. Other risk factors seem to be genetic, a poor diet high in saturated fats and processed foods and low in fruits and vegetables, smoking and obesity.

How can Acupuncture and Chinese Medicine help?

Both Western and Chinese medicines recognize the importance of diet and its role in prevention and treatment of Crohn’s disease. Diet plays an important role in both the prevention and effective treatment of the illness. Excessive dietary intake of cold and raw foods – think salads, juices, ice cream, iced drinks – may injure the spleen/stomach’s ability to transform and process foods adequately. Lots of roughage like raw fruits and vegetables can sometimes worsen the intestinal obstruction and colic and should be avoided. It is also advised to avoid food triggers such as certain chemicals and dyes found in foods. Milk, cheese and other dairy products should also be avoided, especially if lactose intolerant.